A busy weekend it was all over the globe in the field of Show jumping. We had two 5 – star Grand Prix classes : The Longines CSIO of St. Gallen and the Longines Athina Onassis Horse Show in St. Tropez.

The former was won by Germany’s Hans – Dieter Dreher on Cool & Easy who came back after Friday’s retirement in the second round of the Furusiyya FEI Nations Cup due to the conditions of the weather. Dreher’s determination to come back and win Sunday’s 1m60 Grand Prix in St. Gallen was obvious.

Ten combinations made it to the Jump – off including 7 double clears such as home rider Janika Sprunger & the impressive Bonne Chance CW who finished in a time of 47.61 seconds to end in third place. In runner up, Lucy Davis of the United States shaved off fractions of a second with 12- year For Pleasure Gelding Barron. The crowned winners were Hans – Dieter Dreher who steered Cool and Easy to the 50,000 Euro grand cheque.

The Longines Athina Onassis CSI5* Grand Prix in St. Tropez was claimed by British veteran John Whitaker & Argento with a remarkable triple clear rounds and proved that he is -once again- a living legend and regardless of his age, he is still one of the World’s very best. In second place, Christian Ahlmann & Taloubet Z and in third the former number 1 in the World Simon Delestre & Qlassic Bois Margot. 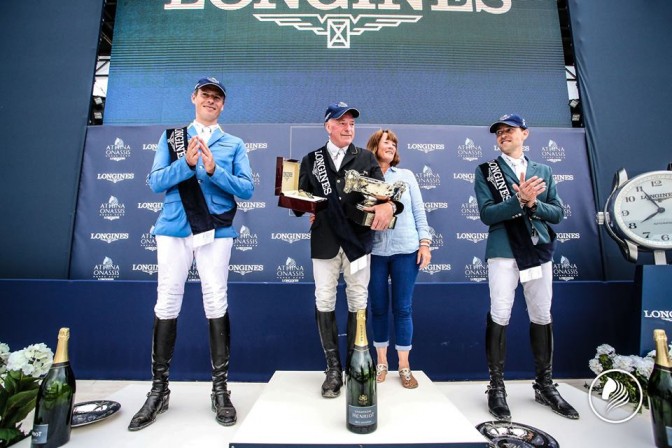 The CSI4* Grand Prix of Poznan went to Belgium’s Wilm Vermier & Gentiane De La Pomme who were one of three double clears in the fastest time of 35.88 seconds followed by Juan Carlos Garcia & Bonzai Van De Warande and in third Doron Kuipers of the Netherlands & Zinius.

Santiago Lambre of Mexico topped the CSI3* 1m50 Baltic Tour Grand Prix and was also one of only two double clears to claim the top prize in the fastest time with 11 – year old Fortin. Followed by, Soren Van Ronne who took the runner- up spot with Christian 25 and around 7 seconds difference. In third, Beezie Madden & Quister carried one down from the first round, but a fast clear in the second round made her settle for the third spot overall.

Angelica Augustsson – Zanotelli & the grey Baloucento 2 won the CSI2* Grand Prix of Opglabbeek. twelve riders made it to the jump – off with eight of those going double clear. In second place, Belgium’s Vincent Lambrecht & Bogoto finished off in in 36.98 seconds ( nearly one second slower than the winner) and in third was Argentine’s Maria Victoria Chiappero. 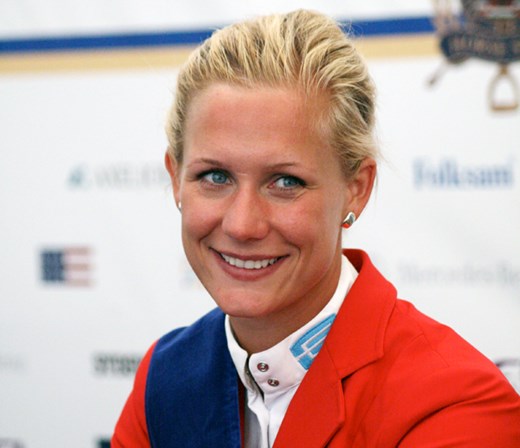