The world’s best showjumper to compete at Hickstead 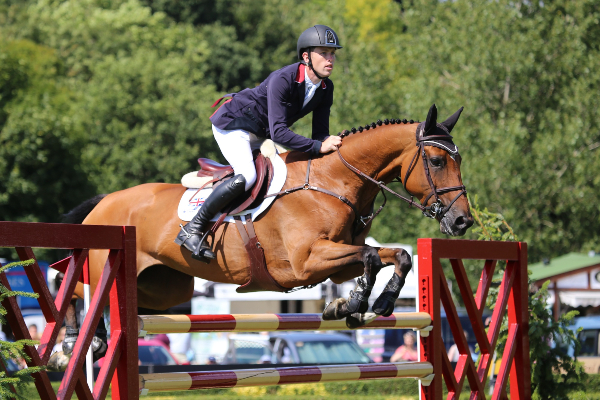 Olympic and European gold medal winner Scott is entered with two of his rising star horses, Hello Forever and Hello M’Lady. The 30-year-old Brit has recently moved from his native Peeblesshire to a new base near the All England Jumping Course at Hickstead, and his appearance at the show will give showjumping fans a rare opportunity to see this jet-setting superstar compete on home turf.

Fellow London 2012 gold medallist Ben Maher, who was the winner of the Longines King George V Gold Cup in 2013, is part of a strong British squad for the Furusiyya FEI Nations Cup™ class, alongside Guy Williams, Holly Gillott, Jessica Mendoza and Michael Whitaker. In fact, all but one of Britain’s top 10 international showjumpers will be competing at this premier five-star show, which is one of the oldest equestrian competitions in the world.

Britain’s best will be facing an incredibly strong contingent of international stars, however, with some countries using Hickstead as a prep-run for the upcoming FEI European Jumping Championships in Aachen next month.

Germany’s showjumping team is always formidable and this year’s squad of Christian Ahlmann, Ludger Beerbaum, Marcus Ehning, Meredith Michaels-Beerbaum and Mario Stevens could well be the favourites to claim the Nations Cup title at Hickstead. But exceptionally strong French, Swiss, Belgian and Dutch contingents could make this one of the closest competitions in Hickstead’s history.

The USA is also fielding a stellar squad in the hope of retaining the Furusiyya FEI Nations Cup leg at Hickstead for the second year in a row. Beezie Madden, who was part of last year’s winning side as well as becoming the first lady rider to win the historic Longines King George V Gold Cup last summer, returns alongside Laura Kraut, Todd Minikus, Ali Woolf and Charlie Jayne.

“The Longines Royal International Horse Show always attracts the world’s top riders and horses, but I think this year is the best line-up since 2012, when we ran just a few days before the Olympic Games,” says Hickstead Director Lizzie Bunn.

The entry list for the new format Amlin Plus Eventers’ Challenge is equally impressive. Andrew Nicholson, the New Zealand rider who has won a phenomenal amount of major three- and four-star events in recent years, is entered with his Cillnabradden Evo – he’ll be hoping for his first Hickstead win since 2002. Rolex Grand Slam winner Pippa Funnell will ride the home-bred Billy Cuckoo, while her former Great Britain team mates Tina Cook and Jeanette Brakewell are also entered.

The British squad for the FEI European Eventing championships has just been named this week and several of the named riders are entered at Hickstead, including Laura Collett, Gemma Tattersall and Flora Harris. Harry Meade, who was part of the silver medal-winning team at last year’s FEI World Equestrian Games, makes his debut in this class. Other fast rising stars from the eventing world include four-star riders Charlotte Agnew, Tom McEwen and Emily Llewellyn.

Irish rider Elizabeth Power is back with Doonaveeragh O One, who won the former Amlin Plus Eventing Grand Prix in 2013 under Esib’s brother Robbie Power, the Grand National winning jockey. Joseph Murphy also represents Ireland in the class, while other international stars include New Zealand team regulars Tim Price and Lucy Jackson.

“We’re really pleased to have attracted such a strong field for this first Amlin Plus Eventers’ Challenge,” says Lizzie Bunn. “The new format is just open to event riders, which means we can make the course more technical than previously, and all the fences will be cross-country jumps with no showjumping section.”

The Longines Royal International Horse Show also forms the pinnacle of the outdoor showing season, and all of the country’s leading producers and riders are expected at this year’s event. Showing competitors have spent the past year seeking qualifying tickets to compete at Hickstead, with the best of these heading their class championships and going through for the most prestigious finals of all – the British Horse Society Supreme Horse and the Underwood Supreme Pony Championships.

The complete rider entry list can be found here