The Teams for the Rio Olympics Part 2

Part two of our article about the Show jumping Teams representing their Nations at the Rio Olympic Games continues with Canada who will not be seeing Ian Millar embark on his 11th Olympics due to the un-readiness of his horse but instead will be substituted by his daughter Amy who will be riding Heros, as well as Olympic Gold medalist Eric Lamaze with Fine Lady 5. Tiffany Foster qualified with Ben Maher’s former star Tripple X III as well as Yann Candele with First Choice 15. Travelling reserve will be Kara Chad with Bellinda. 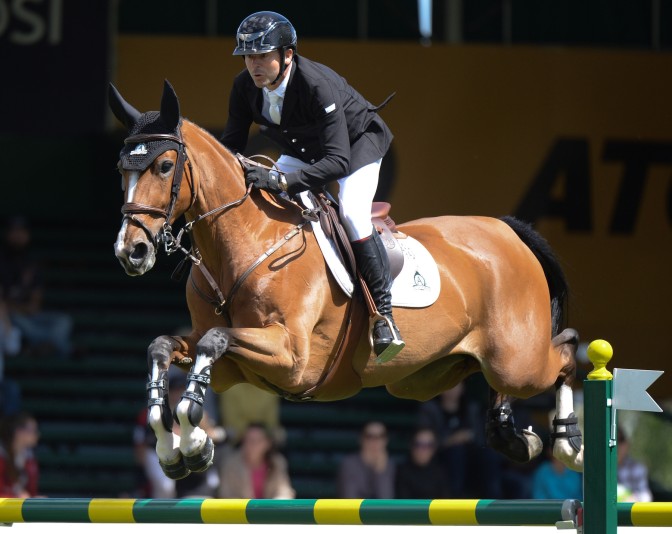 There has been a lot of controversy circulating as to whether Team Ukraine will be going to Rio or not due to the accusations presented against team sponsor & supporter Olexandre Onyschenko. The horses’ ownership have been altered to German tycoon Paul Schockemohle & the rider’s name to guarantee that the team make it to Rio without any debate. Therefore, Ulrich Kirchoff leads the way with Prince De la Mare, Cassio Rivetti of course won’t be taking Vivant this time as the horse went into retirement but instead will be riding Fine Fleur De Marais. Ferenc Szentirmai with Chadino will be riding at Rio also, as well as Rene Tebbel with Zipper. Ferex Szentirmai will be travelling reserve with Chaccland.

From the Arab region, only one team will be up for contention in the team competition and that would be Qatar, represented by Sheikh Ali Bin Khalid Al Thani with First Devision, Bassem Hassan with Dejavu, Hamad Al Attiya with Appagino 2 as well as Ali Al Rumaihi with Gunder. Faleh Al Ajami will be reserve with Armstrong Van de Kapel.

For the USA , Beezie Madden will be on the squad with her top star Cortes C alongside the elusive Mclain Ward who is neck-and-neck with Simon Delestre on the World number 1 spot. He will be taking the much talked about HH Azur. Another very competitive player will joining the Games and that would be Kent Farrington who qualified with Voyeur. Lucy Davis will be doing her first Olympics with Barron and Laura Kraut with Zeremonie will be reserves.

Otto Becker is sending his guns from Germany after a very successful mission in Aachen, with the Maestro Ludger Beerbaum as anchorman with Chiara, Christian Ahlmann will be taking his life-long partner Taloubet Z. Marcus Ehning & Daniel Deusser will be riding Cornado NRW and First Class van Eeckelghem respectively and Meredith – Michaels Beerbaum will be reserve with Fibonacci.

Equally as strong and dangerous to the Germans will be the Dutch who will be hoping for another medal this time with Rob Ehrens choosing 5 of his best men including the reigning World & European Champion Jeroen Dubbeldam & his partner Zenith SFN. Harrie Smolders will be riding the impressive chestnut Stallion Emerald and Maikel Van Der Vleuten will be taking Verdi. One mustn’t forget Jur Vrieling when it comes to championships like Rio, he will be riding Zirocco Blue and Gerco Schroder will be reserve with London.

The Brits are heading on to Rio with all the experience of the Whitaker veteran brothers John & Michael who will be riding Ornellaia and Cassionato respectively. Nick Skelton is back with Big Star, but will this dangerous combination return home once more with a team Gold medal? who knows …

Jessica Mendoza with Spirit T will be travelling reserve for the team.