The inaugural Global Champions League team competition is set to kick off with explosive action this Sunday 10th April and the much-anticipated team combination rider list can be revealed today. History will be made as 12 teams take to the white sands of Miami Beach, USA, for the first competition of the 15 event championship. Speculation has been mounting as to which rider combination each team will field, with tactics, strategy and a long term game plan all coming into play as the 2016 GCL season gets underway. Entry will be completely free for the public, with first come first served seats available in the grandstand to catch the best view of the action which starts at 11:30 local time.

The temperature rises today as the teams show their first hand with the announcement of rider combinations. Miami Glory will be looking for a strong opening competition at their home event, with top US riders Kent Farrington and Georgina Bloomberg taking up the charge for the team and hungry for an early win. Valkenswaard United combine one of the greatest legends in the sport of show jumping John Whitaker (GBR) with young talent Bertram Allen (IRL) and will be drawing on their individual strengths to get an early advantage. Paris Jets sees the the brilliant Grand Prix winning Gregory Wathelet (BEL) team up with Nicola Philippaerts (BEL), with both using their experience to full advantage in the sand arena on Miami Beach. Rome Gladiators promise to be fast and furious as Laura Kraut and Laura Renwick join forces to battle it out against the likes of Ben Maher (GBR), Doda de Miranda (BRA), Quentin Judge (USA) and Harrie Smolders (NED).

Helping to promote the future of show jumping, U25 riders and stars of the sport Audrey Coulter (USA), Kevin Jochems (NED) and Emanuel Andrade (VEN) will have the unique opportunity to compete alongside experienced teammates on a global stage, helping to ensure the next generation of show jumping talent is highlighted. 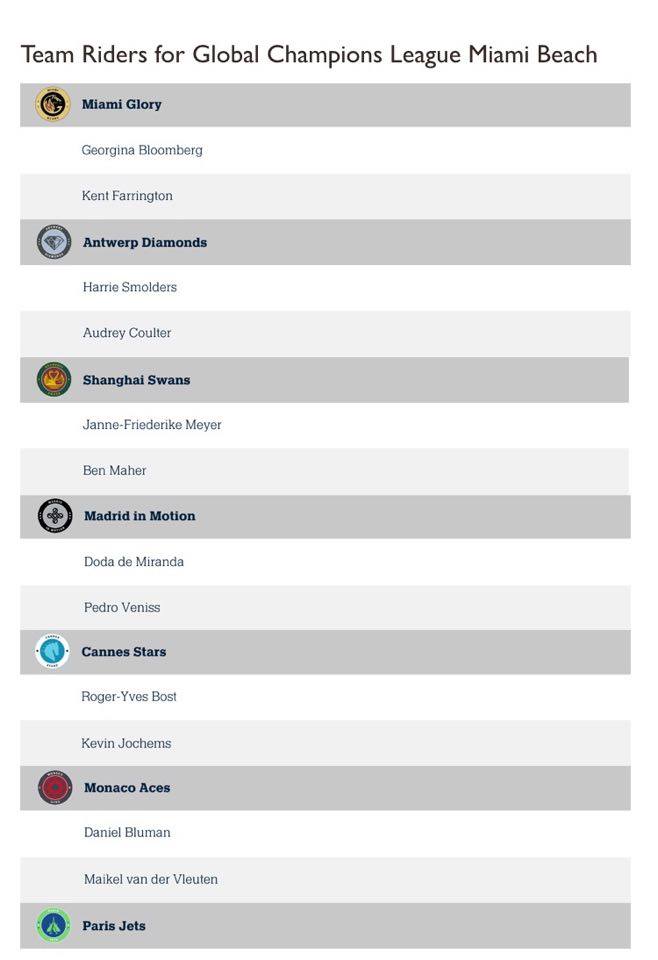 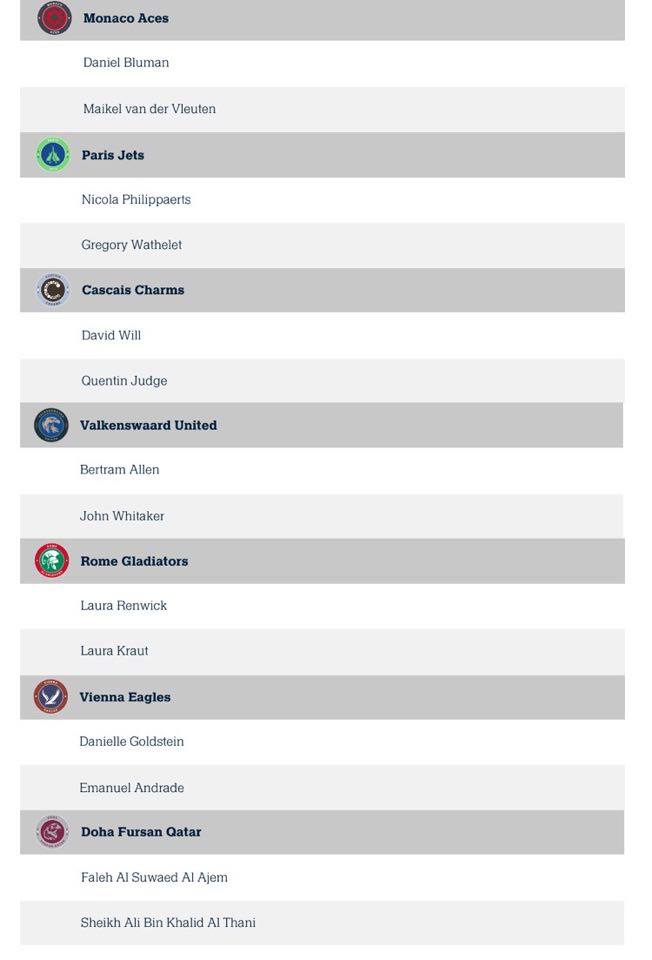