From 23 – 27 September, top equestrian athletes will gather at one of the most stunning venues worldwide for the second annual Rolex Central Park Horse Show. Attempting to defend her Rolex Grand Prix title will be Georgina Bloomberg, daughter of former New York mayor Michael Bloomberg. 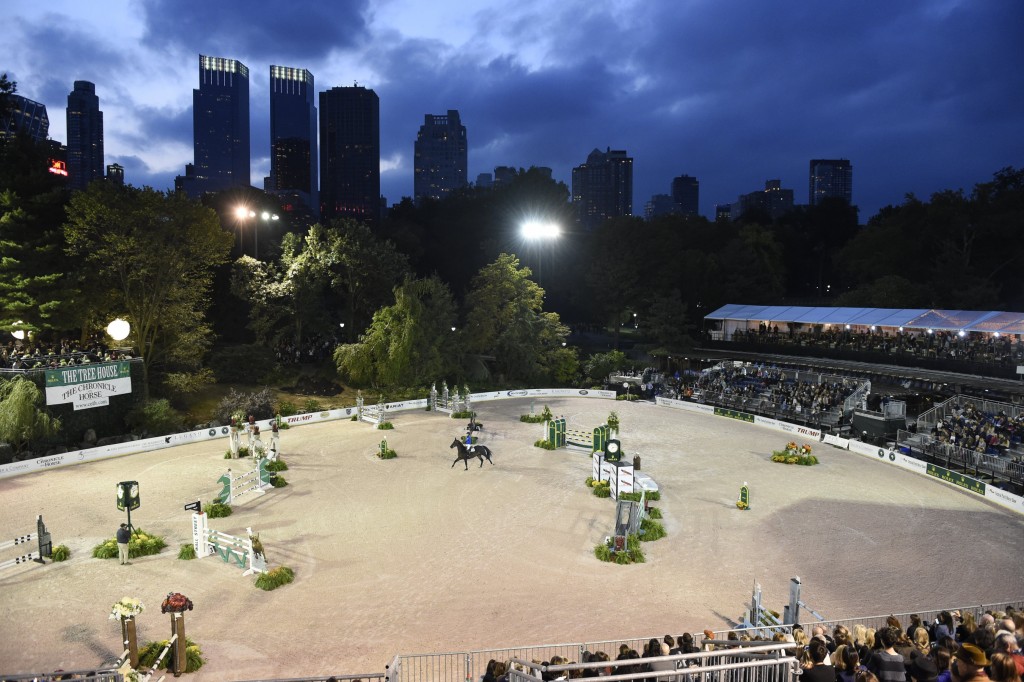 New York City’s Rolex Central Park Horse Show was a smash hit in its inaugural year in 2014. The enthusiastic New York audience was gripped by the spectacular performances of top-class horse and rider combinations in this unique setting – and this year’s expanded renewal is set to be even more impressive. Rolex’s longstanding relationship with horse sport is well-known; which made it the automatic first choice as title sponsor for 2015.

The showpiece class will be the Rolex Grand Prix on the Friday night of the event (25 September), where the world’s finest horsemen and women will battle it out in the heart of the city. Bloomberg was a highly popular champion last year in front of her home crowd, and will most likely be set on maintaining her champion status.

Bellissimo wanted to bring the thrill of equestrian sport to a wider audience and conceived the daring idea of staging a show in Central Park – in the Trump Rink.

Mark Bellissimo said, “The Rolex Central Park Horse Show made a spectacular debut and is poised for an even greater year as we introduce the U.S. Open for Equestrian Sport. We will be welcoming more equestrian disciplines to the heart of New York City as a showcase for equestrian sport in the United States.” He added, “Showcasing the many facets of the horse world in the heart of New York City is an exciting endeavour for us and the equine industry in general. We are also very proud to continue our relationship with NBC Sports and we will be broadcasting the event to equestrian enthusiasts across the nation and the world.”

The five-day Rolex Central Park Horse Show will feature action from several equestrian disciplines, including Show Jumping, Dressage, Hunters and Arabians; and is the perfect showcase for equestrian sport in the United States.

The luxury Swiss watchmaking brand has been associated with the very best equestrian athletes, through its family of Testimonees and international shows for more than 60 years. The attributes of precision, performance, courage and sportsmanship for which equestrian sport is recognized resonate through Rolex’s approach and philosophy.

Rolex Show Jumping Testimonee Kent Farrington was among the winners of the inaugural show, and said, “I think this is one of the best venues we can have to showcase our sport. It is really exciting to be here and be a part of this event.”

Rolex’s Dressage Testimonee, the incomparable Isabell Werth, travelled from her home country of Germany to take the show’s maiden Dressage challenge, and has recently confirmed that she will return to compete in 2015.

She said, “Central Park is such a nice show. There have been some great improvements for this year and horses are now allowed to stay in the park overnight. This will make it more of a real competition and adds excitement to the show and the sport.”

When asked which of her top horses she will take to New York, the former Olympic gold medallist said, “I will probably take El Santo; he is very experienced with large arenas and flying to events. It is a very special atmosphere, heightened by the great crowd.”

Many more of the world’s most illustrious equestrian athletes have already announced their intention to compete in this special venue. There is no doubt that the Rolex Central Park Horse Show will join the select list of the most desirable equestrian events for both spectators and competitors.