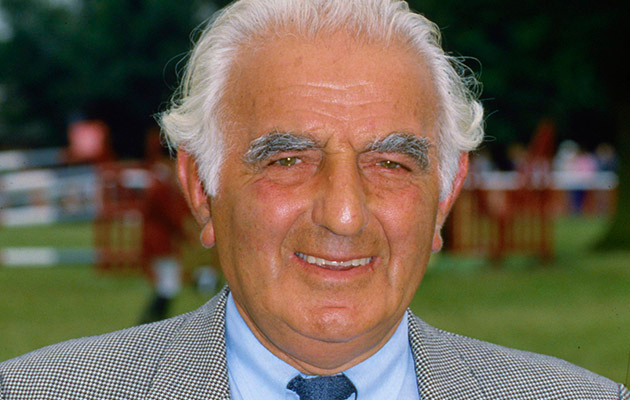 esmtoday has been greatly saddened by the news of the passing away of British Showjumping Honorary Vice President, Ronnie Massarella. Ronnie, aged 92 years, sadly lost his fight against ill health on the 18th of October 2015.

Team Manager and Chef d’Equipe of the Senior British Showjumping teams for three decades, Ronnie led his teams to numerous international honours around the world including a Silver medal at both the Rotterdam Compensatory Olympic Games in 1980 and the Los Angeles Olympics in 1984.

Ronnie was appointed OBE in Her Majesty the Queen’s New Year’s Honours List in 1982 for his services to British Showjumping, and is widely acknowledged as one of the greatest ambassadors this sport has ever known.

Born in Britain of Italian background, Ronnie was a renowned family man through and through. Holding the post of Chairman within the family owned Massarella Catering Group, a company he initially grew to be one of the biggest ice cream producers in Europe before diversifying into the provision of catering services within shopping centres, department stores, garden centres, retail and leisure outlets. Working alongside his sons within the Massarella Catering Group gave Ronnnie great pleasure and extreme pride.

Married to Edna Elizabeth Massarella, Ronnie was left a widower when she sadly passed away in May 2012 aged 86 years.