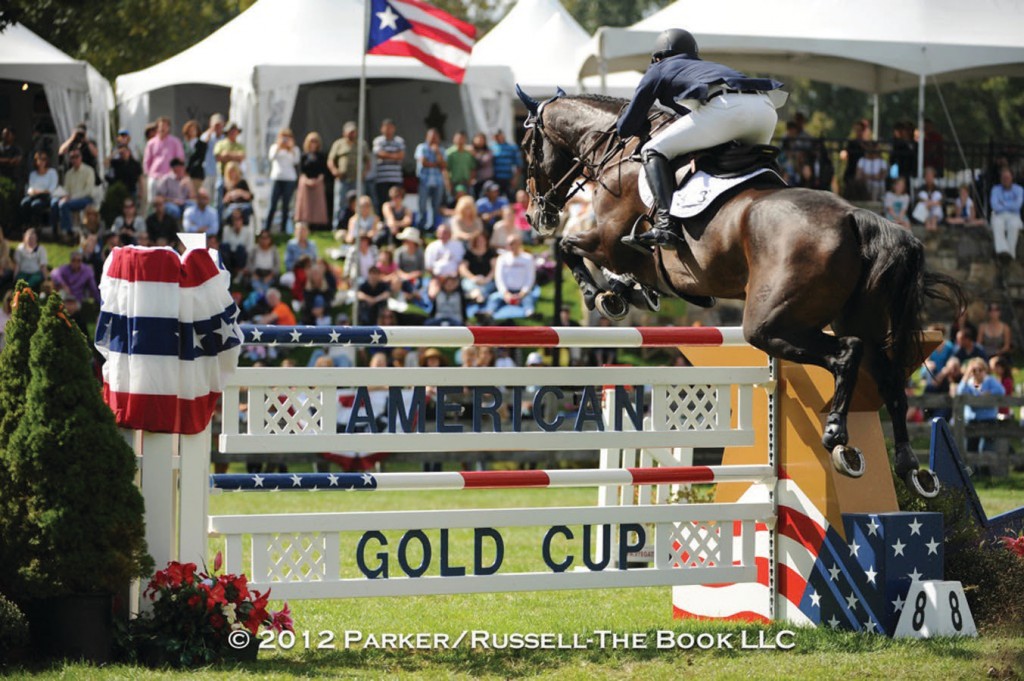 Old Salem Farm’s pristine grounds, list of elite horses and riders, and special events for the whole family draws spectators from Westchester County and beyond each year to watch horses and riders compete in international-level sport at the American Gold Cup and Old Salem Farm Spring Horse Shows.

This year, the American Gold Cup was selected as one of only seven events that will comprise the East Coast division of the all-new Longines FEI World Cup™ Jumping North American League that launched in Miami, FL, earlier this year.

Fourteen nations will be represented in the star-studded list of riders at the American Gold Cup, including past winners, rising talent and international contenders. Andre Thieme made the trip from Germany to New York to make an early bid at the Longines FEI World Cup™ Jumping Final, the most sought-after individual global championship for show jumpers, with his string of FEI horses.

“With more and more FEI events being offered in the U.S., I am pleased to able to spend more time competing here,” said Thieme, who spends his winters in Florida. “Old Salem Farm is a top facility, not only in the U.S., but the world. I am excited to be a part of newly formed North American League, and hope that I can get some early leverage towards qualifying for the 2105 Final.”

Old Salem Farm is one of a total 14 North American League locations across the U.S., Mexico and Canada and was selected earlier this year after a rigorous screening process from a long list of 25 applicants.

“The American Gold Cup is a highlight for Old Salem Farm each year and to be included in the North American League has made the event even more special for riders, spectators and the local economy as a whole,” said Alan Bietsch, Old Salem Farm Manager. “To see more international-level events call the U.S. home is a great thing for horse sport, and Old Salem Farm is honored to be part of that movement.”

In cooperation with the American Gold Cup, Old Salem Farm will also offer opportunities for Junior, Amateur and Children’s Jumpers to enjoy the prestige of this week’s event, as well as host the ASPCA/NHSAA Maclay Championship.

While spectators local to Old Salem Farm will have the opportunity to enjoy family fun, special events and top equestrian athletes in the flesh, horse sport fans from all over the world can watch the action via live streaming from Sept. 9 through the morning of Sept.13. Tickets sales and streaming for the American Gold Cup are available at www.theamericangoldcup.com.