She’s one of the most popular riders on the circuit and the reigning Longines Global Champions Tour Champion of Champions. Last year she took her first LGCT Grand Prix win of the season in Madrid, so we caught up with Luciana Diniz as she reveals the secret of her magical partnership with her horses, what it means to inspire others and why she hopes to repeat her ‘special’ victory in Doha this year.

Q: Rewind to last season, which culminated in you being crowned champion of champions of the Longines Global Champions Tour for the first time at the final in Doha, Qatar – tell us about the lead up to that moment and what it meant to win the gold medal?

LD: “One of my objectives last year was to be on top of the podium at the final of the 10th anniversary of Longines Global Champions Tour. I’ve seen the series growing and I’ve been part of it from the beginning, but last year was interesting because the number 10 was pulling me, it was like a sign.

“So as the season went on, we had really great results but Scott [Brash] was still leading. But I said: ‘You know what, everything is possible.’ I had three more shows to go and I had to win two times [to take the championship]. If someone had told me before that I would have won twice, I would say it’s crazy, it’s really hard. But I did it! I actually won two out of three [Vienna and Doha] and I was second in the other one [Rome]. So it showed that when you put your mind to something and you really believe it, you can make it work. I had to push really hard at the end, but this is what gave me the most satisfaction. It was my goal even when no one really believed in us because Scott was so far ahead. But it was good sport and it was competitive at the end. So really the whole of the 10th anniversary year inspired me and to win it was something special.” 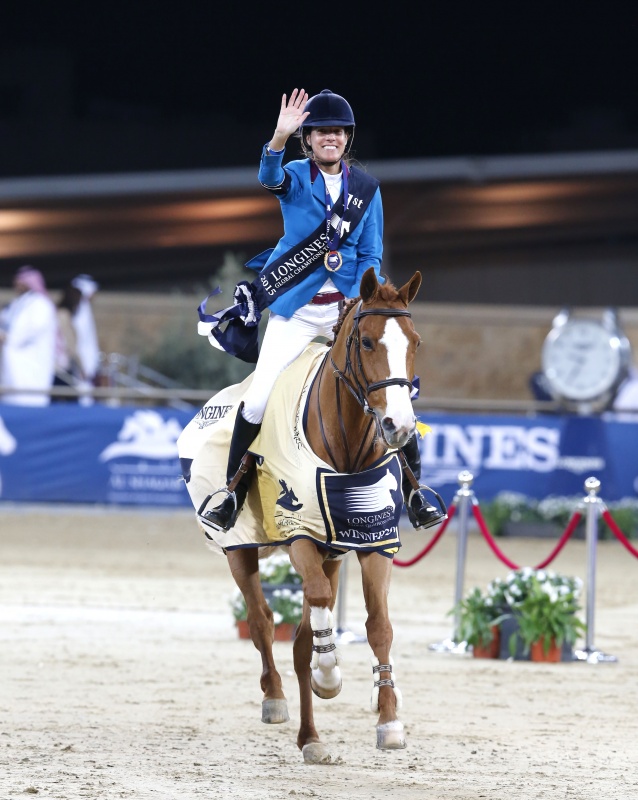 Photo: Luciana Diniz was crowned the 2015 Champion of Champions in Doha last year

Q: Coming in to the arena in Al Shaqab to jump your final round, you knew you’d won the championship but you hadn’t yet won the grand prix, what was going through your mind?

LD: “I knew that Rolf-Goran Bengtsson had to win the grand prix and I had to be fourth or he would have won [the championship]. So when I came in and looked at the score and saw Rolf was second [behind Meredith Michaels-Beerbaum], I thought OK, he cannot win the championship and I took a really long pause and I just prayed to God thank you and said thank you for my best round that I’m going to do now – it was a very powerful connection.” 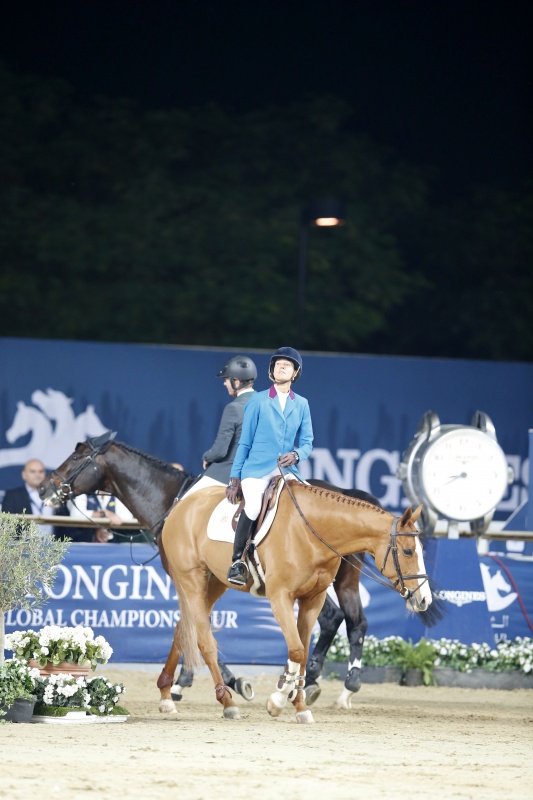 Photo: Luciana and Fit For Fun enter the ring for the final round in Doha

Q: Tell us about your two top horses – Winningmood, the grey stallion who won the Grands Prix in Madrid and Vienna on the 2015 Longines Global Champions Tour and Fit For Fun 13, the little mare with whom you triumphed in the Grand Prix of Doha?

LD: “Winningmood has been with me many years and he has become my best friend. He knows my ups and downs and I know his. He was out of the sport for eight months and nobody believed he could come back, but I believed he would and he came back in his best form ever. He was placed in every Grand Prix he did last year.

“And Fit For Fun was growing more and more throughout the season – maturing, gaining confidence and she’s believing in herself as well. This is also important – horses need to believe in themselves. The two of them gave their best for me and I gave all my love to them – they are a really great team. I decided these were the two horses for the GCT because they most empowered me. They jumped their hearts out for me every time.”

Q: You have many loyal fans and seem to inspire a lot of people, what does that mean to you?

LD: “If you are inspired then you can inspire others. I do it for my heart, for myself. But because it feels so good and I feel so happy, then I can share that moment and inspire others. For me this is the beauty of the whole thing.

“This year I’m writing my book, which is also an awesome challenge for me. I never thought writing would be such hard work! But it’s work I do for pleasure and I hope to inspire a lot of people through my book. Me and my horses – me and my friends – we hope to inspire them all.” 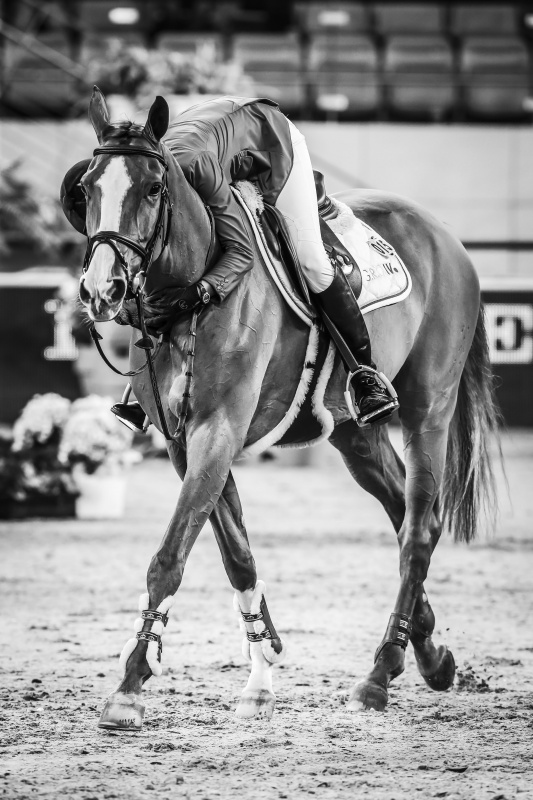 Photo: Luciana has a special bond with her horses

Q: What advice would you give to any young rider or anyone starting out in the sport who looks up to you and wants to follow their dreams?

LD: “The first thing is that they must feel from their heart how much they love their horses. Whatever they do with their horses – jumping or dressage – the main thing is that they feel the connection and respect them. They must look after the welfare of the horses and not just use them as machines to win medals or to win prizes. Use them as your friend and make them happy then they will give it back to you.”

LD: “Last year was a very good preparation for this year. So I’ve set a good programme for the horses – not doing too much – so that I can go to the Olympics in Rio in my best form, like I did for the GCT final last year. So this would be my goal – Rio and again the final in Doha, for sure. I want to be there and win again, because I love what I do.”

All photos are credited to Stefano Grasso / LGCT