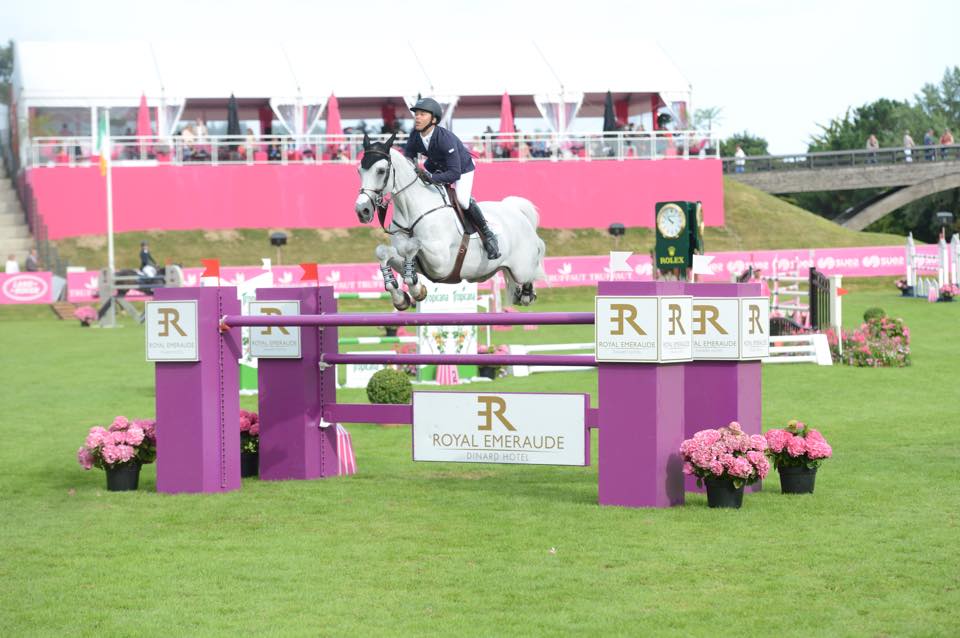 For the first time since the beginning of this CSI5* of Dinard, the contenders in this Hotel Royal Emeraude class had to qualify for a jump off against the clock. The American Kent Farrington, famous for being one of the fastest riders in the world, clinches victory over the Belgian Gregory Wathelet for two hundreds of a second!

Out of the 38 pairs on the start list, only seven managed to clear the first round before confronting one more time over a course whose distance was reduced, but still highly technical. While Alexis Borrin, the only French chance in this final, decides to retire after a slight misunderstanding with Ruby de la Fosse, Bertram Allen (IRL), who celebrates his 20th birthday today itself, has one rail down, like the Italian Luca Maria Moneta, and the Mexican Jaime Azcarraga. Nicola Phillipaerts (BEL) is sanctioned for his audacity with three rails down, but his fellow citizen Gregory Wathelet, more fortunate, clinches the second place with a double clear round in a time of 38″41, with Riesling du Monselet. Kent Farrington, n°3 on the world ranking, shows one more time his talent and efficiency, and signs the fastest time with his 12 years old grey horse Willow. “It is my first time in Dinard. This is an amazing show, the site is magnificent, the crowd is very enthusiastic. The class was tough, only a few clear rounds, although all the riders here are among the best on the planet, and came with their best horses. Willow has been fantastic, I have been very lucky to win, it was very close!”