Molly is a 12- year old mare by the famous Kannan, so she’s half sister to Steve Guerdat’s Nino Des Buissonet ! She also finished in the top ten with Bertram at the WEG in Normandy, and ended 3rd at the World Cup Finals in Las Vegas last year as well as several Grand Prix here and there …

With the help of her groom Marlen Schanwell, Molly answers our famous horse Interviews … 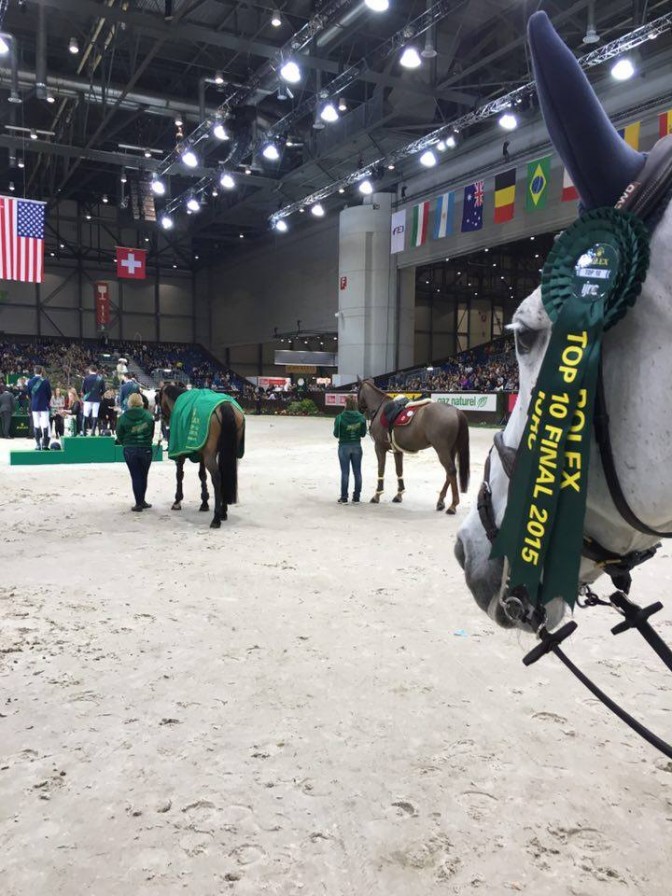 – So there’s a statue and a song about you in Ireland ? How do you feel about that?

Oh yeah, I love that song ! At some shows, there are always some people who sing it for me. When I went to Dublin there was even a fence in the ring with my name, pretty cool or not ? But, I just don’t understand why the statue is a woman with a wheel-barrow. Shouldn’t it be a horse ? 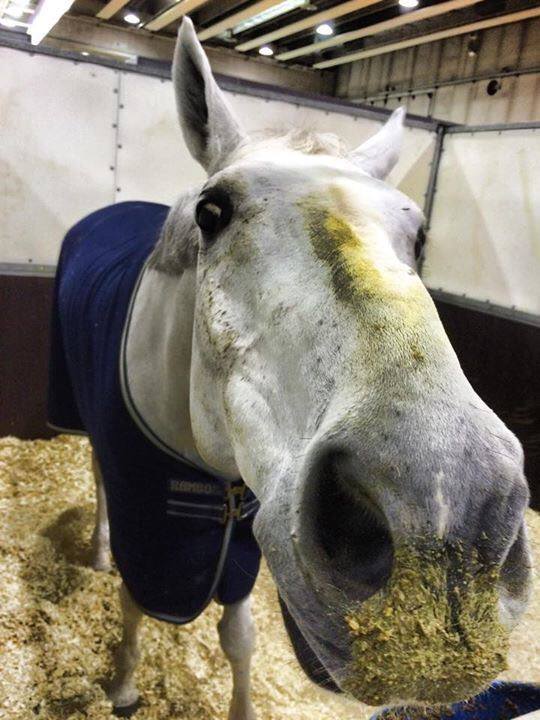 – Tell us first about your time before you were bought by Bertram’s father.

I was jumping in Spain at the Sunshine Tour when they found me. I lived with Billy Twomey and Antony Condon till I was 7 years old. I learned a lot there while Bertram was still riding little ponies.

– So, you and Bertram practically grew up together. Was it a successful partnership from the start?

Yea, sure. We had lots of fun together (sometimes me more than him)… He used to get back very sweaty & tired after riding me and said things like ” Oh God, she was so strong” but I enjoyed to show him how fast I could actually go, but then he let me go … and we won a lot !!

– So, the year 2014 was explosive for you and Bertram. You won the Grand Prix of Lummen, Dublin, Verona. Tell us about that.

Actually, every year was very good for us ! We won Silver at the Junior Europeans in 2013, at our first 4* show in Braunschweig we won straight away the Gold Cup, our first 5* in Lummen we won that too. Then our first appearance in Dublin, we won the Grand Prix – and that was amazing because there was the Molly Malone fence & the little statue as well. By the end of the year we went to Verona to jump our first World Cup and guess what …. yea, we won that too ! 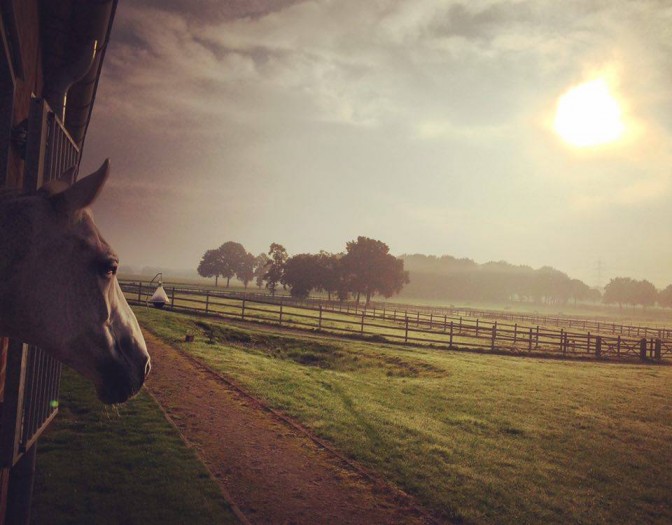 – And the World Equestrian Games ??

Ah, that was weird because my groom Marlen only put me in the truck alone (normally I’m in there with 1 – 2 friends) but when we arrived I saw a lot of Irish friends. I saw so many high fences too, and that was a challenge for me & Bertram so we decided to win on the first day. We also did well with my other Irish friends but had 1 fault too much to get us to the Olympics, there was also that 1 unlucky fence also which got us out of the Individual final but we finished 7th so that wasn’t bad ! 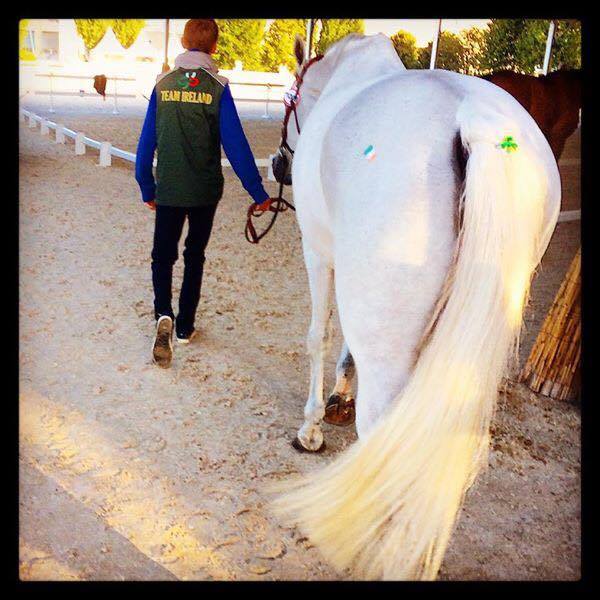 – Tell us about your daily routine and about Marlen who has been with you for many years.

At home after breakfast I go to the walker with my friends whenever I’m back, my bed is made and then I either go to the field or Bertram comes to ride me but normally my nap time is at 10 o’clock so they need to check if I’m awake or not. In the afternoon, I go for a hack in the woods or a little lunge and in between I’m in the field doing the important stuff like rolling, or talking to my friends about other horses and eating lots of grass.

Marlen is one of my favourite staff, I know her very well and we are also very good friends. But, sometimes she gets funny ideas like riding me, well I love hacking but if she tries to flat work me I have to tell her that this is not what I have her for ! Also, she needs to learn that whenever we come home from the show, its field time and it doesn’t matter how late. I’m still teaching her with coming off the truck and just trotting to the field … One day she will get it ! It’s very funny to do this with new grooms, they get very scared.

– Tell us about your home, your friends and what is going on at the yard.

My farm is very quiet, with big bedrooms … the room service is quite good also, and the fields are nice too. My staff are nice once they realize I’m the boss around here, and I get whatever I want.

My boyfriend Romanov lives in the Stallion barn, so I see him at shows and in his field from far. He always stalks me and talks to me alot. My neighbours Quiet Easy & Wild thing are sometimes very talkative and friendly but also quite annoying. But I think everybody has this kind of problem with their neighbours !

My best friend is Dancing Queen … we go to the field together. Before her, I hated other horses and I couldn’t stand this pony Magic Shadow but with her it’s different …

All other photos have been provided by Bertram Allen’s Groom Marlen Schanwell.