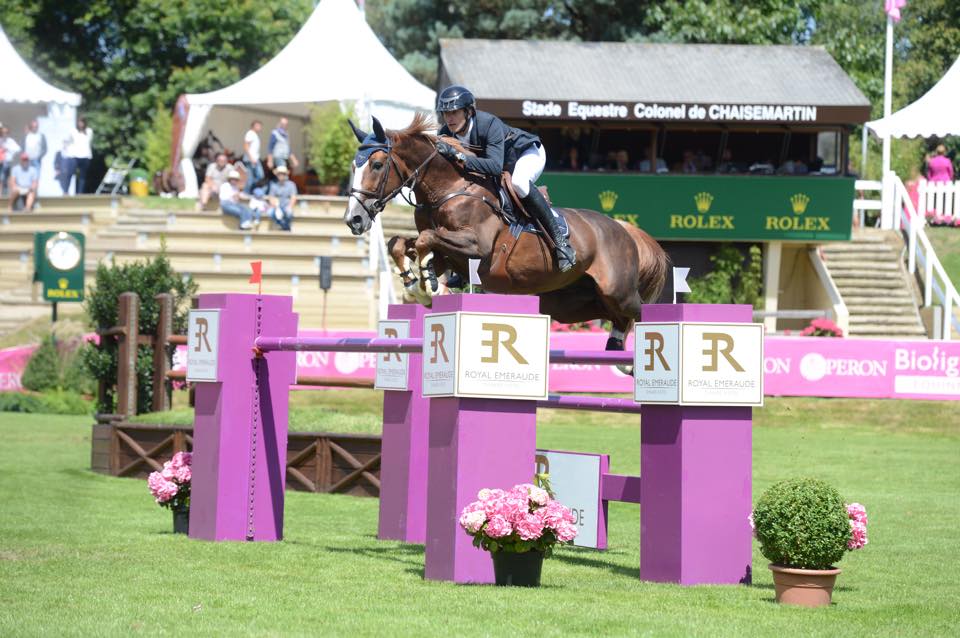 Out of the 53 pairs on the start list for this “Ille et Vilaine” County class, 18 managed to clear the fences, but today the winner had to be the fastest as well. The Belgium Gregory Wathelet, riding Riesling du Monselet, surpassed everyone at the last minute.

While yesterday the riders mostly presented the arena to their horses, the scenario of this first 5* class of the day was totally different, since the time was decisive. Over this 12 fences course, with three double combinations, the course designer Jean-François Morand offered the riders wishing to prepare for the Tropicana Derby the possibility to jump the wall and the bank instead of regular mobile fences. The British Laura Renwick, associated to Rembrandt Blue, signs at the beginning of the class a very fast time and takes the lead. It was not until the end that the provisional ranking turned upside down.

49th to go, the French Julien Epaillard, riding Pigmalion du Rozel, is the first to reduce the time of the British by two seconds with 70″36. He places 2nd. “I think I was a bit too slow on one of the oxers, and on the last fence. I wanted to be faster on the last jump, but I did not succeed. I am glad to see Pigmalion in great shape, he already won two classes in La Corona in Spain. He is very careful and competitive at this level.” The Belgian Gregory Wathelet, almost last to go, was riding Riesling du Monselet, 14 years old, property of his father in law. He crosses the finish line in 70″01, and makes the Brabançonne resonate in the stadium for the second time of the week end.

“Reisling is a very fast and regular horse in the speed classes. He was off for a while, but came back to the competition in Chantilly two weeks ago. I knew I could be fast, without taking too many risks. I felt so confident that I decided to cut off one stride between two fences, it was good enough to win.” Laura Renwick finally ends up 3rd.