His stable name is ” Luke” and he has drawn a lot of attention for the past year under Irish Olympic Bronze medal winner Cian O’Connor. Good Luck is a Stallion by Canturo and out of a mare by Furioso II and is owned by Austrian- Canadian auto parts magnate Frank Stronach since November 2015. Luke is enhanced with high torque and incredible capabilities with impressive results to his name including runner up in the Ocala 1 Million Dollar Grand Prix, winner of the Live Oak Grand Prix, was part of the winning team at the Furusiyya FEI Nations Cup in St. Gallen, won the Agha Khan Trophy at the Nations Cup in Dublin and third place in La Baule to mention some …

Below we interview Good Luck or “Luke” as he is more commonly known (with special thanks to Cian for his help). 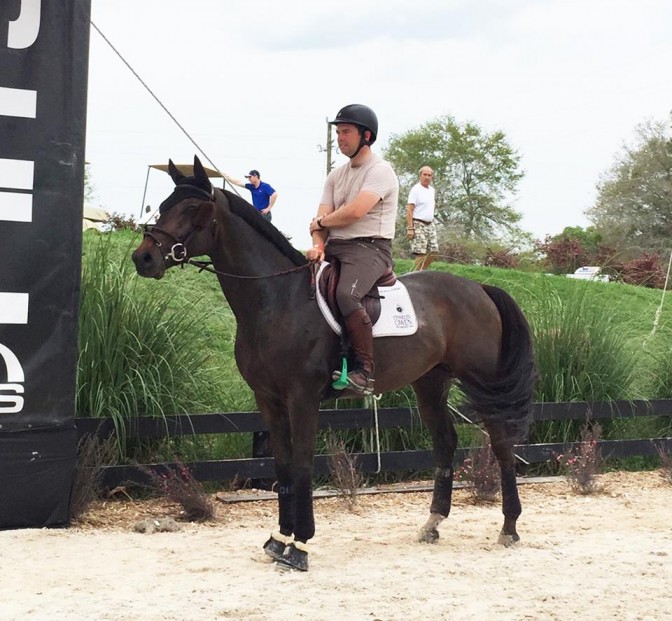 You were produced as a youngster by Fabrice Galdini is that right? And how did you meet Cian?

Yes, Fabrice had the hard task of taming me as I was a bit wild as a youngster ! Cian’s friend Abdel Said saw me jumping a few times and he arranged that Cian came to try me out. I could feel a different ride right away as Fabrice had been the only one who jumped me before. Cian jumped me over a very wide oxer and I exploded over it. When he landed he patted me and whispered to Abdel ” We are not leaving here without this weapon !”.

How have you developed with Cian over time? Was your jump always like that?

Cian has brought me to many different venues. I had only ever jumped in two grass shows in my life with Fabrice as there are not so many grass shows in Belgium where I grew up. By gaining more experience and learning to trust my new rider, I feel I have settled down a lot and I really enjoy my job. I was always an explosive jumper – it just feels great fun to jump high and I suppose I’m a little bit of a show off !! 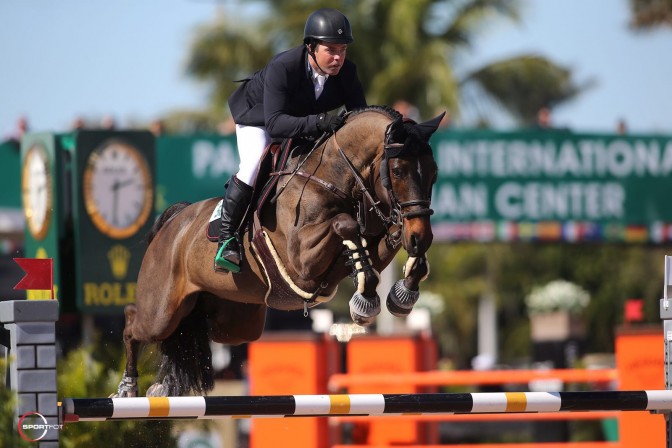 Not so many people notice that you are a Stallion because of your quiet temperament and handling ( away from the fences of course). Are you doing any breeding at all?

I like to conserve my energy ! I overheard many people asking Cian if I’m available for breeding and he said “He’s wild enough and I don’t want to drive him crazy”, but maybe at the end of this year !

Tell us about your home in Wellington, it sure looks like horse paradise.

The Stronach family who purchased me for Cian have a beautiful farm in Wellington and Cian actually coaches Mr. Stronach’s grand-daughter Nikki. She has a beautiful farm there and I’m treated like a King especially by my groom Alan.

So, what’s your daily routine? And what kind of work programme are you on?

Cian likes to start early and in Florida he usually works me at 7am. Alan takes over after that and we have our own routine together – hand walks, paddock, spa and so on. In the evenings, Ross usually takes me out for a long hack – he’s a really cool guy and I’m lucky that the two riders who work with me, love me so much ! 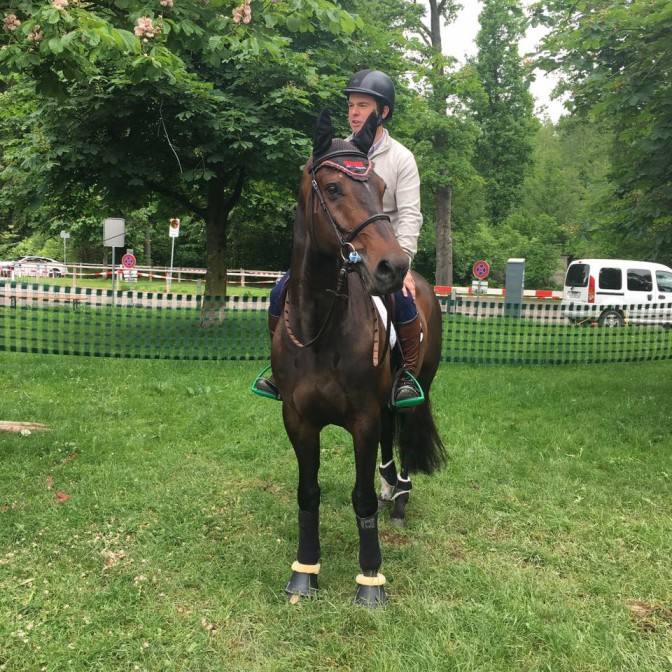 Did it come as a surprise that you weren’t selected for the Rio Olympics? Has Cian told you about his other plans?

Cian has been talking about Rio since he bought me. He was fully planned and prepared. We had super results together and even when I was still a but green we managed to jump clear in Aachen at the European Championships. We had a great Winter Circuit placing in two CSI5* Grand Prix classes at Wellington and then double clear in the Ocala 1 Million dollar to finish second.

St. Gallen was the final trial for the Irish and in the second round, in the anchor leg we jumped clear in poor weather conditions to help the Irish team to victory and then again jumped double clear in Sunday’s Grand Prix.

When Cian got the news that we weren’t going, he was devastated as this is everything he has worked towards for the past 18 months. We went for a hack and patted me and said ” Don’t worry Luke, we didn’t fail … Sometimes in life the ball doesn’t bounce back your way but we will move on and fight another day.”

Tell us about your favourite and least favourite show experiences.

I just love Aachen !! There is so much space there, it’s an incredible arena to show myself off in. Cian generally hand picks where he takes me so thankfully I have not had any bad show experiences. 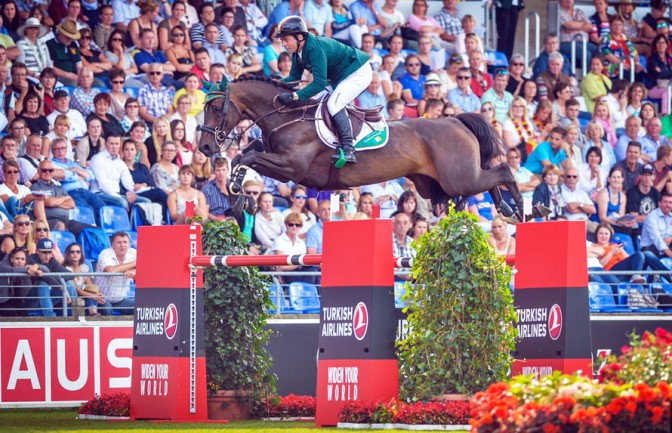 Tell us about your groom.

Alan is my best friend … We know each other so well and he basically takes care of me around the clock. He’s funny and he’s a great company, but we both know when we need to have our game-face on and perform !

Tell us about your colleagues.

I go to many shows with another Stallion called Sam. He’s a real character …. He gets so excited for the ladies, but I keep telling not to bother, because he’s only working himself up ! But in general, I’m really looking forward to my future with Cian and the entire Karlswood Team …