It was a fantastic accomplishment for Sameh El Dahan after knocking on victory’s door over the last two weeks with multiple third and second place finishes, to finally take home his first CSI5* Grand Prix win at Spruce Meadows, the CP Grand Prix.

Sameh was elated with his Irish bred mare, the 13 year-old Sumas Zorro, he said “The mare deserved to win because she was second in the big class on Saturday, and third in the 1.55m on Wednesday of the ‘National’ so I’m so happy that today was her winning day.”

When Sameh was asked about his feelings towards the course he noted, “from the beginning of the Summer Series, this mare has given me such a great feeling, she has been jumping with ‘super class’ so I got the feeling we would have the clear round today. I walked the course this morning and knew it would be quite tough. Leopoldo didn’t leave anything to chance – there were big oxers, tall verticals, short time allowed – but my mare can cope with all of that because she has that quality. She also has a big heart, she really tried her heart out at every jump and she really made it happen for me.”

Click here for full Results of the CP Grand Prix 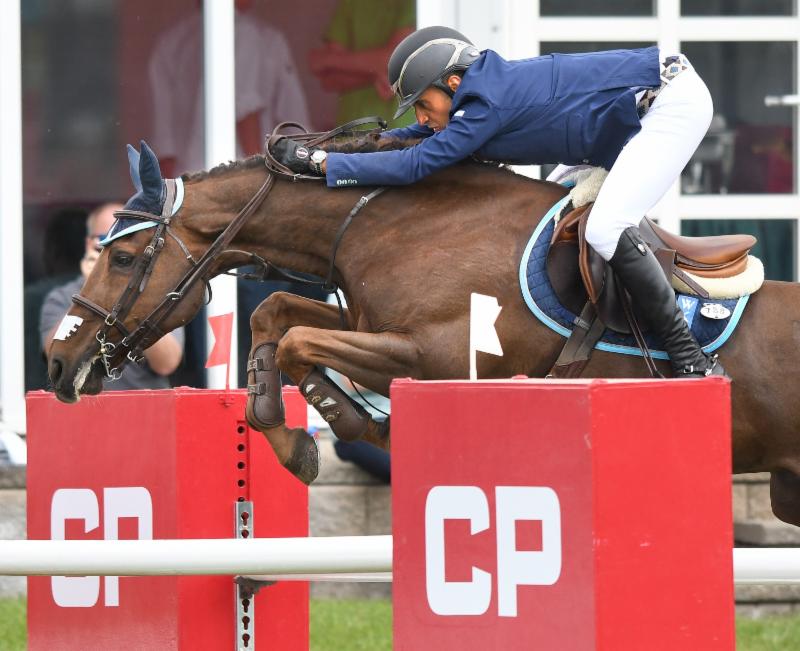