Wellington, FL – March 26, 2021 – Extending an astonishing winning streak at the 2021 Winter Equestrian Festival, World Number Three rider Daniel Deusser (GER) showed once again why he’s one of the best, riding to the top of the $500,000 Rolex Grand Prix CSI5* with Scuderia 1918 Tobago Z, owned by Stephex Stables and Scuderia 1918. 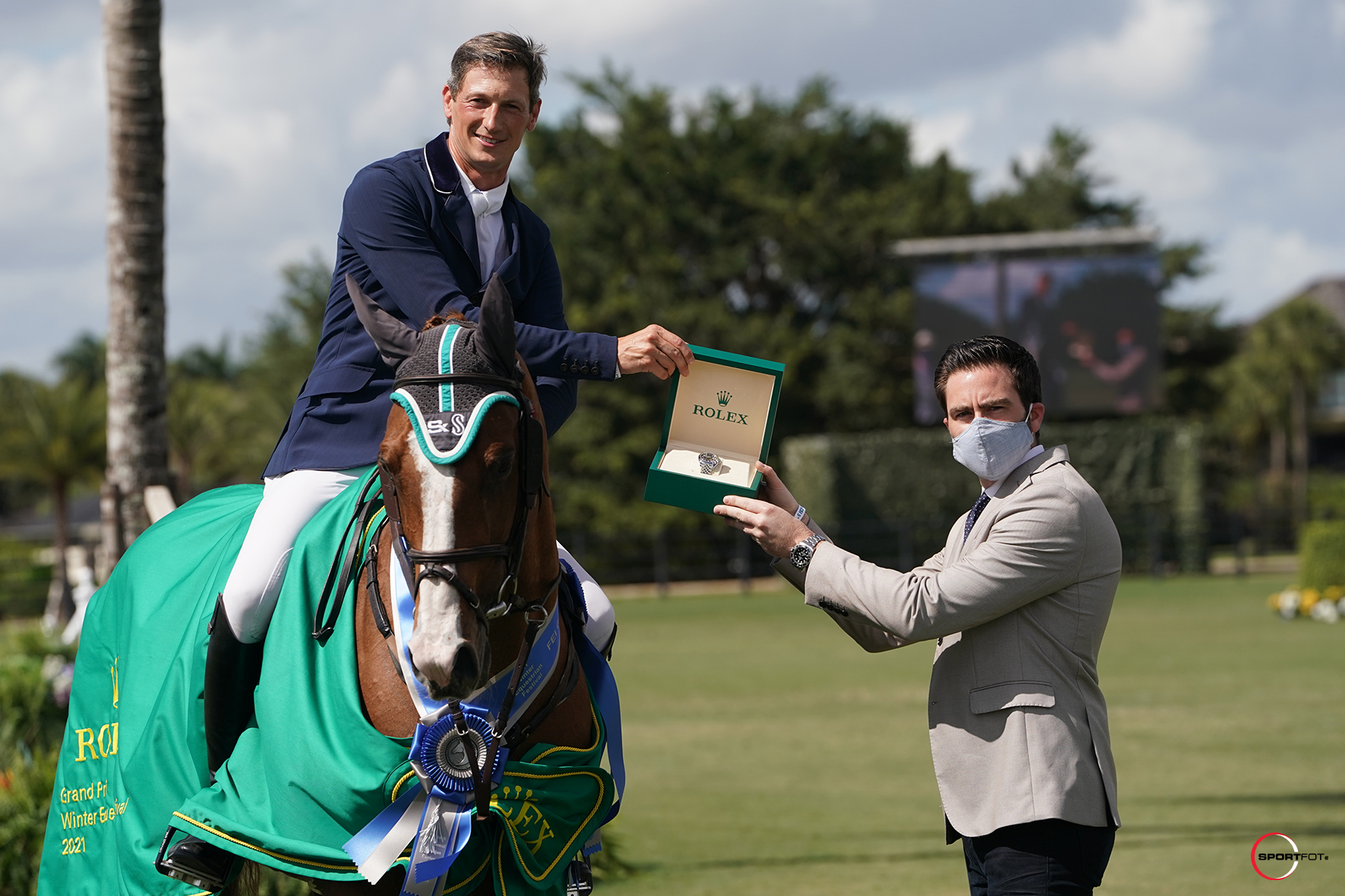 Forty of the best riders in the world took to the grass Derby Field at Equestrian Village on a picture-perfect day for the feature class of the circuit. Eight pairs were clear in the first round to continue to the jump-off. Returning first was the round one trailblazer, Santiago Lambre (MEX), and his own Chacco Blue II. They finished with one rail for sixth place. An eight-fault performance followed from Yuri Mansur (BRA) and his own Vitiki, which ended in eighth place. Swiss rider Beat Mändli and Dsarie, owned by Grant Road Partners GmbH, had eight faults in the second round as well to finish in seventh place. It was a heart-breaking four-fault effort for Jessica Springsteen (USA), who challenged for the lead but had a rail at the final Rolex oxer, ending up in fifth place with Don Juan van de Donkhoeve, owned by Stone Hill Farm.

The first double clear in the jump-off came from the next rider in, Harrie Smolders (NED), and Bingo du Parc, owned by Copernicus Stables LLC. They set the time to beat at 36.74 seconds, which would hold up for third place.