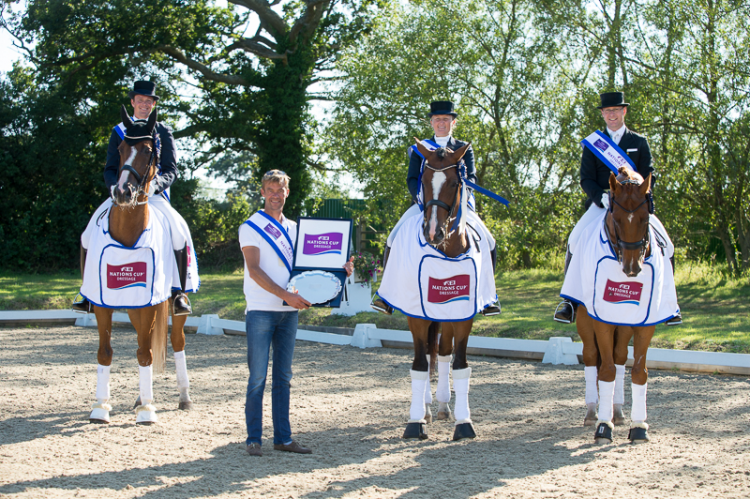 Team Denmark came out on top by a narrow margin at the sixth and last leg of the FEI Nations Cup™ Dressage 2015 pilot series staged at Hickstead, Great Britain today. It was their second successive victory at the British venue, and once again they pinned the host nation into runner-up spot, while Sweden filled third place ahead of South Africa in fourth.

The competition included results from Friday’s Grand Prix, Saturday’s Grand Prix Special and today’s Grand Prix Freestyle. And there was plenty of pressure on the eventual winners as, similarly to last year, the Danes fielded a team of just three horse-and-rider combinations.

With all six legs of the FEI Nations Cup™ Dressage 2015 pilot series now concluded, the provisional results show Germany as the new champions followed by both Sweden and The Netherlands in joint-runner-up spot.