Satisfaction FRH is famous for being under the saddle of Eva Bitter who started him at shows like Hagen, Balve and Paderborn.

After that, he was seen under Marco Kutscher who who jumped the stallion in Rotterdam, Estoril, Valencia and Rome. The pair also won second at the DKB Riders Tour in Paderborn. Their biggest win was the World Cup Qualifier in Gothenburg. 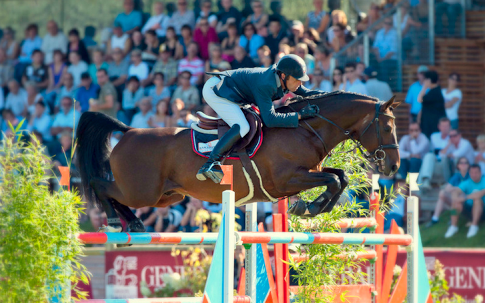 Another top horse moves away from his rider, and that would be the extra – flashy Armitage’s Boy who represented France on many occasions with Aymeric De Ponnat. Last September, Armitage was out for sale through an online auction and when it ended on the 30th, there was great confusion to whether the Oldenburg Stallion has been sold or not.

The bid started at 1.5 Million Euros and ended at 2.8 Million Euros, the owners apparently thought the final price was insufficient, cancelled the auction and kept the horse.

The owners thought a horse with this caliber having competed at the European Championships in Herning and ended fourth with the team, won the FEI Nations Cup final in Barcelona back in 2013 was worth more than that !

Now, the stallion will be moving to the famous Stephex Stables to be sold.