The Spruce Meadows ‘Masters’ Tournament hosted its $300,000 BMO Nations’ Cup on Saturday afternoon, with eight countries represented, and an exciting gold medal win for Brazil in the team’s first time ever competing in the event. The team of Pedro Veniss, Felipe Amaral, Eduardo Menezes and Rodrigo Pessoa jumped to victory in front of a record crowd for Saturday at the ‘Masters’, with a grand total of 85,747 fans in attendance. France earned the silver medal, and Canada took home Bronze. 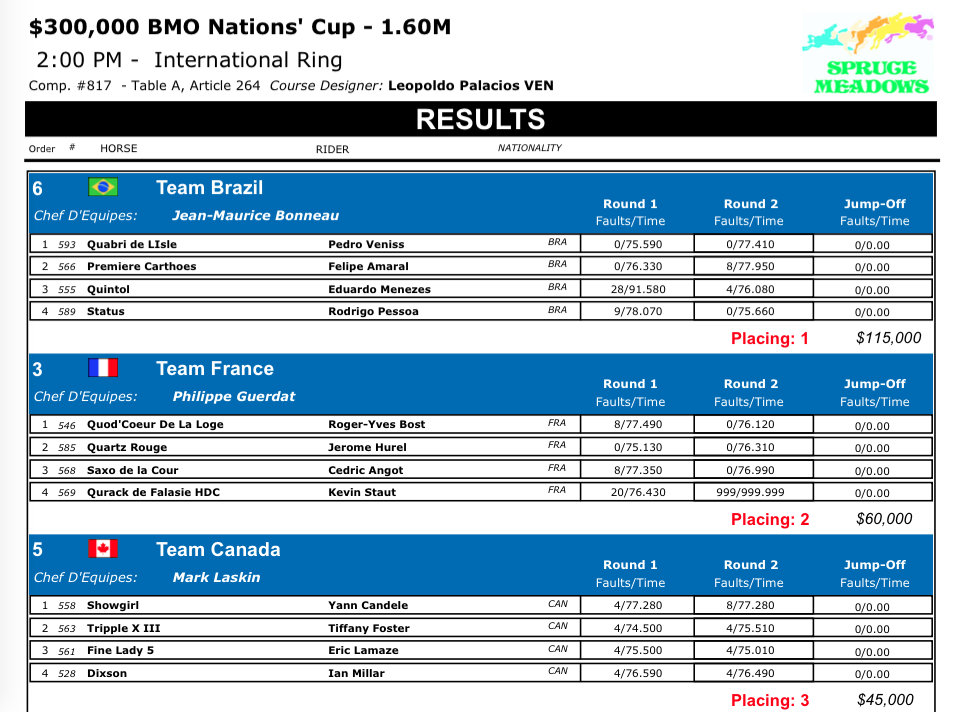 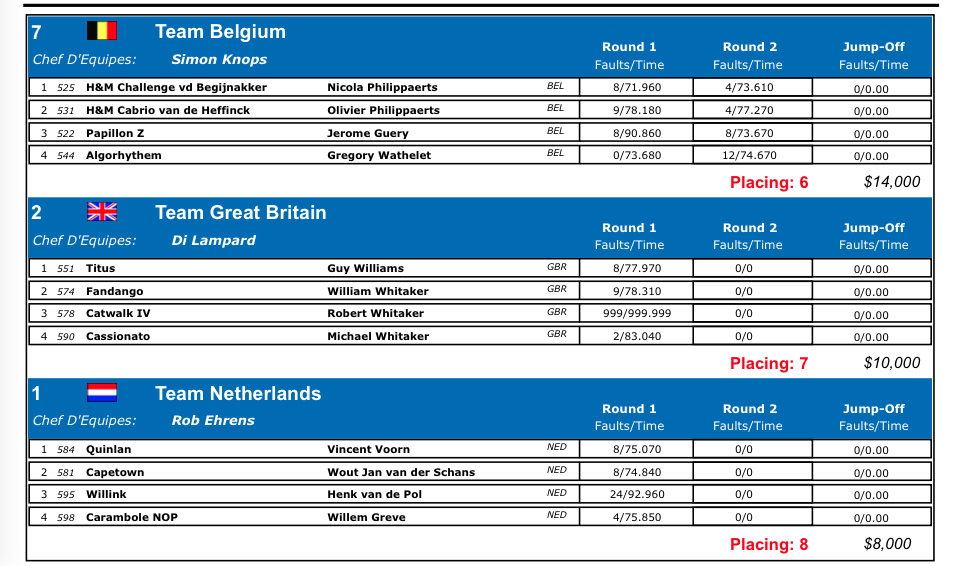