Bahrain stole the show when claiming both the Team and Individual Championship titles at the FEI World Endurance Championships for Juniors and Young Riders 2015 staged in Parque Tricao, Santo Domingo in Chile 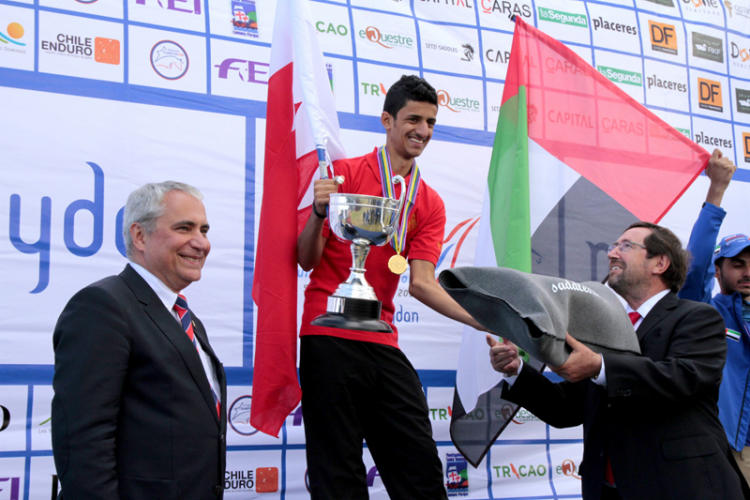 Representatives from across the globe were in attendance, with a total of 59 starters and 11 teams in action. However Bahrain had the distinction of being the only country to have all five representatives finish successfully.

The stunning vineyard region, some 100km south of Santiago, played host to competitors from as far afield as Malaysia, South Africa and Sweden, and from the very outset the organisers faced major challenges.

Just over a month before the Championships were due to take place, an 8.3 magnitude earthquake hit the host country, with the epicenter just 600km from the venue.

Finally, just as the Organising Committee must have thought everything was on track, only four days before the much-anticipated event was due to begin, freak winds blew through the venue causing huge damage and leaving much of the infrastructure razed to the ground.