The first CSI5* class at LGCT Cannes, the Prix BMW Bayern Avenue, took place yesterday as dusk fell at 19:00 with 49 riders competing in the 1.45m special two phase. Home favourite Roger-Yves Bost (FRA) set the pace early on, eleventh to start and completing a blindingly quick and accurate clear round with his chestnut mare Sydney Une Prince. His lead of three seconds was then taken by Abdulrahman Al Rajhi (KSA) who rode a beautifully calm but incredibly fast round with his gelding Chicago 84. Despite this being his first competition in Cannes, and only his second experience in the Longines Global Champions Tour championship, Abdulrahman Al Rajhi managed to complete the special two phase round in just 26.44secs, almost two seconds clear of Roger-Yves who came second and Maikel van der Vleuten (NED) who came in third with his bay gelding Vdl Groep Quatro. 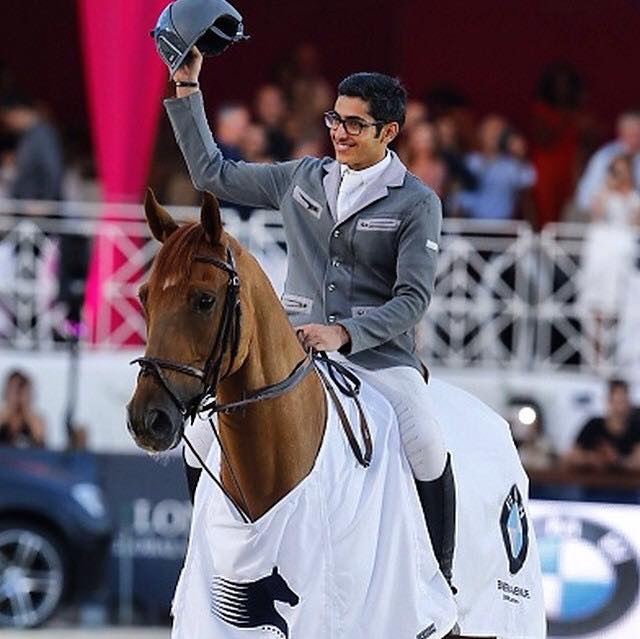 Abdulrahman Al Rajhi (KSA) spoke following his win: “I’m very happy as it was the first class I rode in here in Cannes, and it is also only the second time I have competed in the Longines Global Champions Tour championship. I hope that we can win again in the next classes! I am very happy with the way my horse jumped today, he’s in good condition and is very relaxed. Sometimes he can get a little nervous, but he jumped very well today so I’m pleased.”